Maria Theresia – Archduchess of Austria, Queen of Hungary and Bohemia

The 300 anniversary of Maria Theresa has been commemorated in numerous publications and exhibitions.

As mother of the nation and regent of the Habsburg Monarchy, she has left a continuous imprint as one of the most famous personalities of the House of Habsburg from the 18 century until today. Numerous streets, squares, places and institutions bear her name. The Palace at Schönbrunn is a representation of the popular Queen’s favourite project.

When the Emperor Karl VI passed away in 1740, the male gender line of the Habsburgs became extinct. Although Karl had been able to secure the succession to the throne for his daughter by obtaining the pragmatic sanction, many of the powers of Europe did not acknowledge her inheritance.

Maria Theresa secured important connections with Russia and England. She gained further strength through her coronation as Queen of Hungary in Porzsony, today’s Bratislava, in 1741, and as Queen of Bohemia in 1743 in Prag.

After Maria Theresa’s husband Franz Stephan of Lothringen became Emperor in 1745, and after Maria Theresa had been acknowledged as Regent of the Habsburg Empire in the peace of Aachen, in 1748, the long due modernisation of the administration and the military began.

This happy marriage between Maria Theresa and Franz Stephan produced 16 children, 10 of whom reached adulthood. The children were raised with their marital prospects in sight, according to the maxim of “obedience, discipline, and piety.”

Marie Antoinette, Queen of France, Marie Christine who was married to Duke Albert of Sachsen-Teschen, the founder of the Albertina, and also the later Emperors Kaiser Joseph II and Leopold II are amongst the famous children of Maria Theresia.

The foundation stone was laid for the myth of Maria Theresa as the “paramount mother and resolute Empress”. Franz Stephan was the emperor; she described herself as the “imperatrix”.

The Prussian King Friedrich II stated the verdict: “Now at last this country has a man, and then it is a woman!” 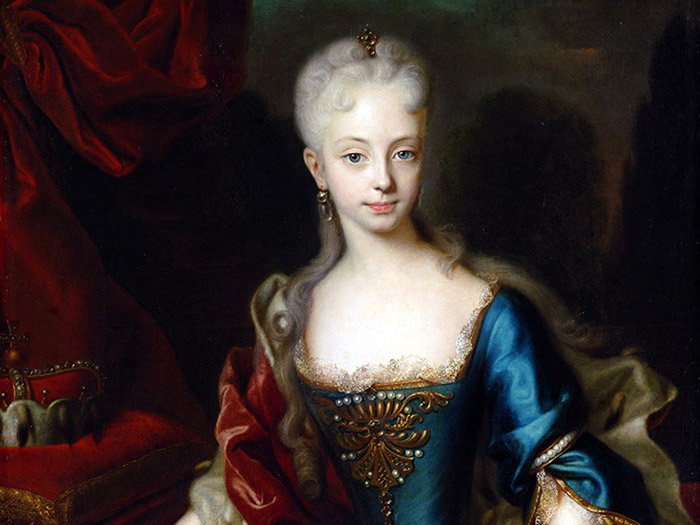 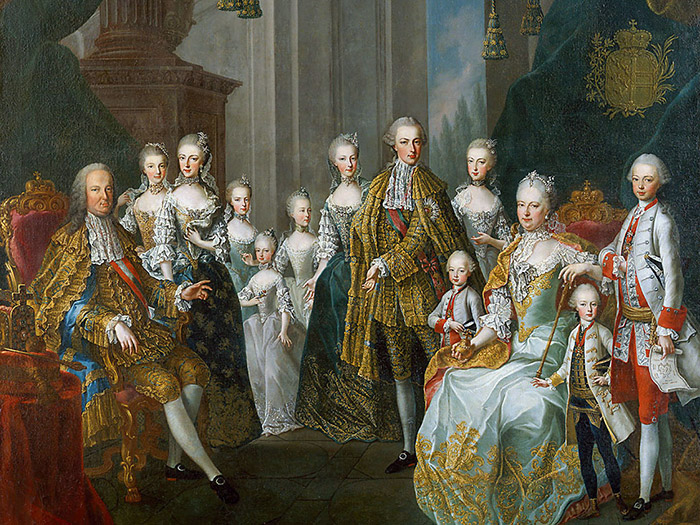 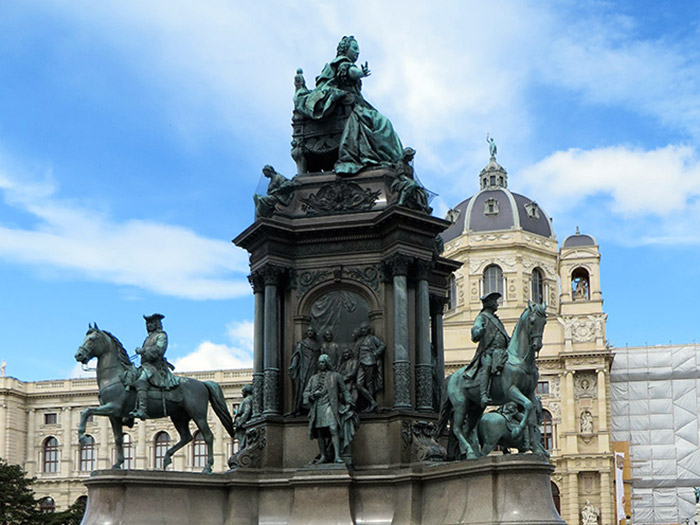 Maria-Theresa Monument was placed in the center of Vienna, between two world-famous museums 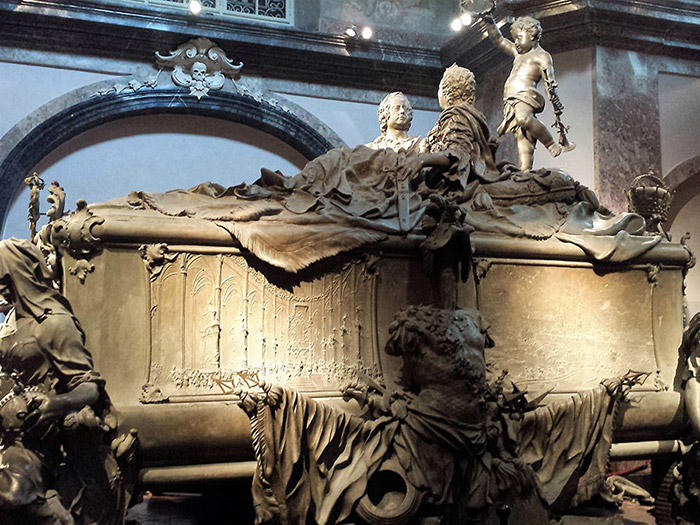