One Hundred years Republic of Austria

One Hundred years Republic of Austria

The war is over. On 3 November the armistice Austria Hungary is decided. After 640 years the Habsburg Empire has collapsed and fallen apart. The multinational state already had to cope with big nationality problems already in times of peace. Now the diverse national groups begin to form autonomous states. Thus the Republic of Czechoslovakia, and Yugoslavia arise. Parts of the former Austro-Hungarian Empire now belong to Italy, Romania and Poland. The access to the sea is lost.

The rest is Austria. After the lost war, a hull of the original German speaking region remains. According to the peace treaty of St. Germain in 1919, further areas of South Tirol and Bohemia are separated. From the multinational state comprising of 50 million inhabitants is now a small country of 6 million people. The economic situation is bad. Hopelessness and starvation prevail.

Nevertheless, on12 November 1918 the Republic was proclaimed, initially as German Austria. The Political powers agreed to a democracy after a preliminary government had been formed and the Emperor Karl 1 had renounced State business affairs.

For the first time, people experienced social benefits such as old age pensions, unemployment benefits, paid leave and an eight-hour working day. These reforms were agreed to following the elections in 1919. Hence the young Republic of Austria became one of the most socially progressive States in Europe. 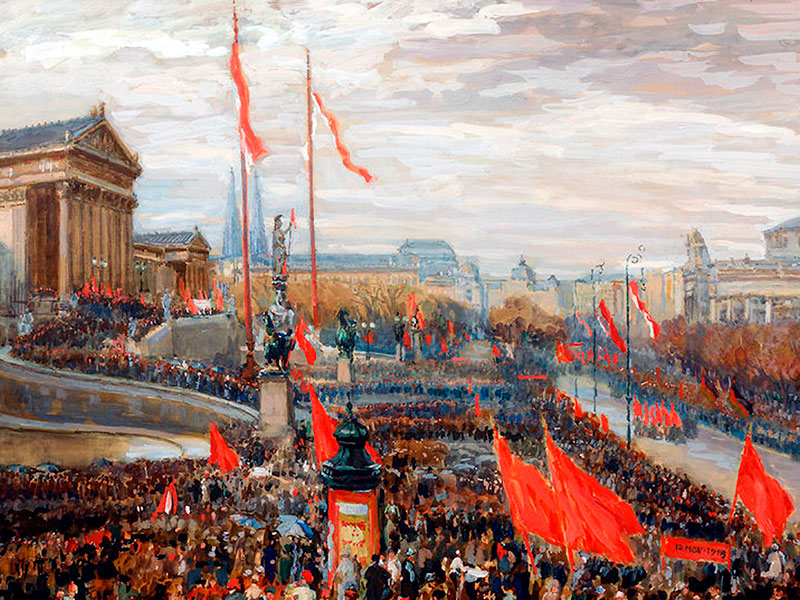 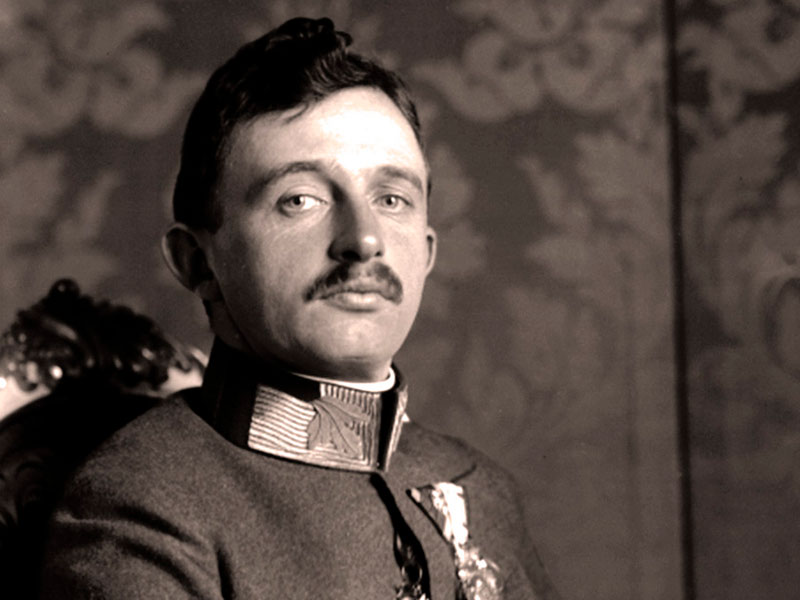 Charles I, last emperor of Austria and king of Hungary

Map of Europe before and after the 1st World War 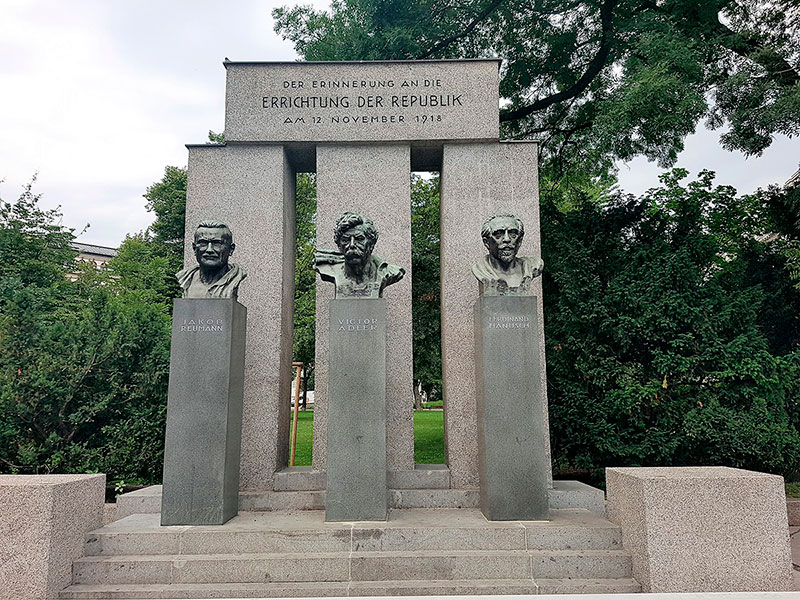 Monument in front of the Austrian Parliament: Establishment of the Republic