The Turkish Period and Oriental Architecture in Vienna

The besiegement of Vienna in 1529 and 1683 are among the most dramatic events of Viennese history. At the end of the 17 century the expansion politics of the Ottomans had reached their peak. The Golden Apple, as the Ottomans called Vienna at that time, the door to Western Europe, seemed within their reach.

The suppression of the Islamic occupation in south eastern Europe began on 12 September 1683 with the successful liberation of Vienna after 60 days of occupation, by a Christian Occidental army under the Polish King Jan Sobieski.

The flourishing of the imperial city after years of a permanent Muslim threat manifested itself through Viennese architecture with oriental-Islamic symbolism. The Palace of the victorious General, Prince Eugen of Savoyen, is crowned with an architectural style reminiscent of the Turkish epoch of pomp and splendour. The Karlskirche combines elements of Roman and Oriental architecture. Trajan Column and Minaret.

Oriental-Byzantine elements could still be found in the cityscape of the 19 Century. 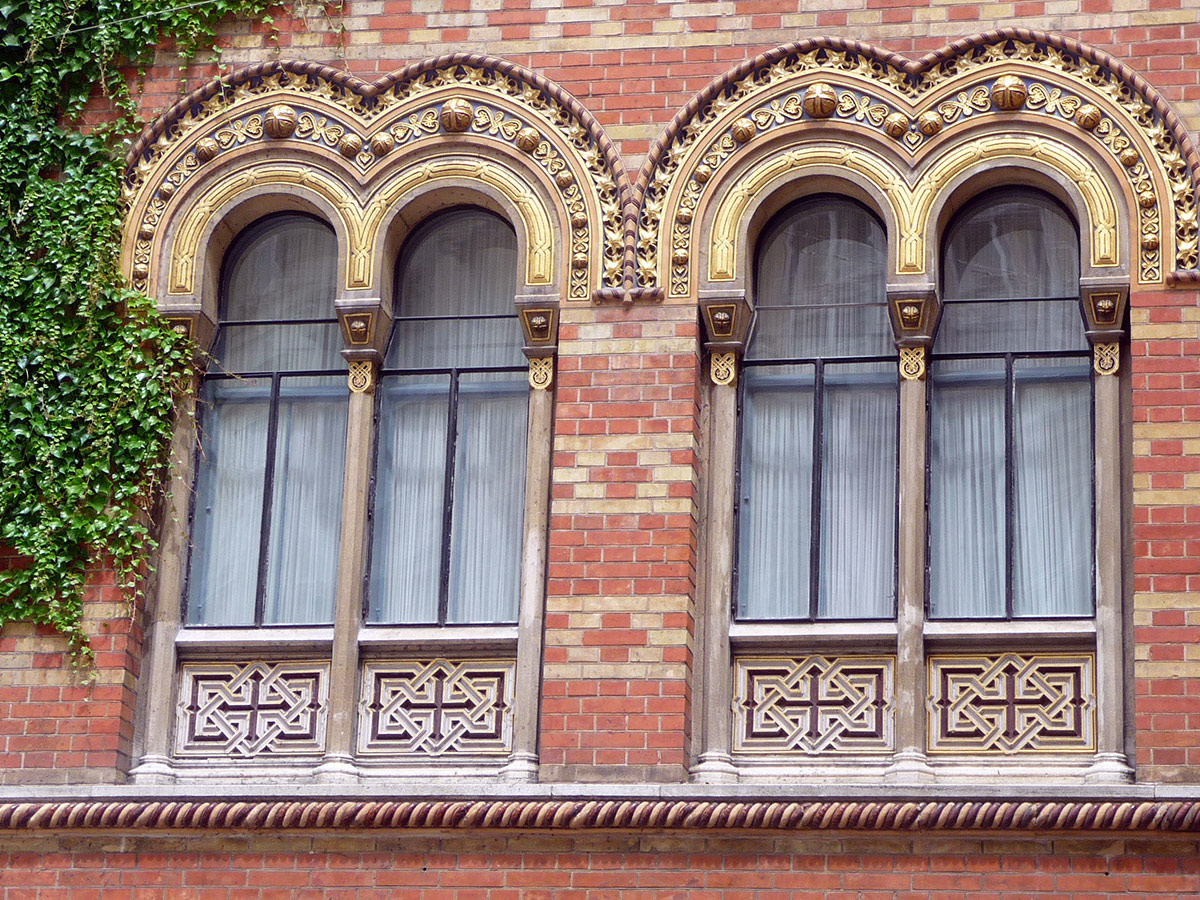 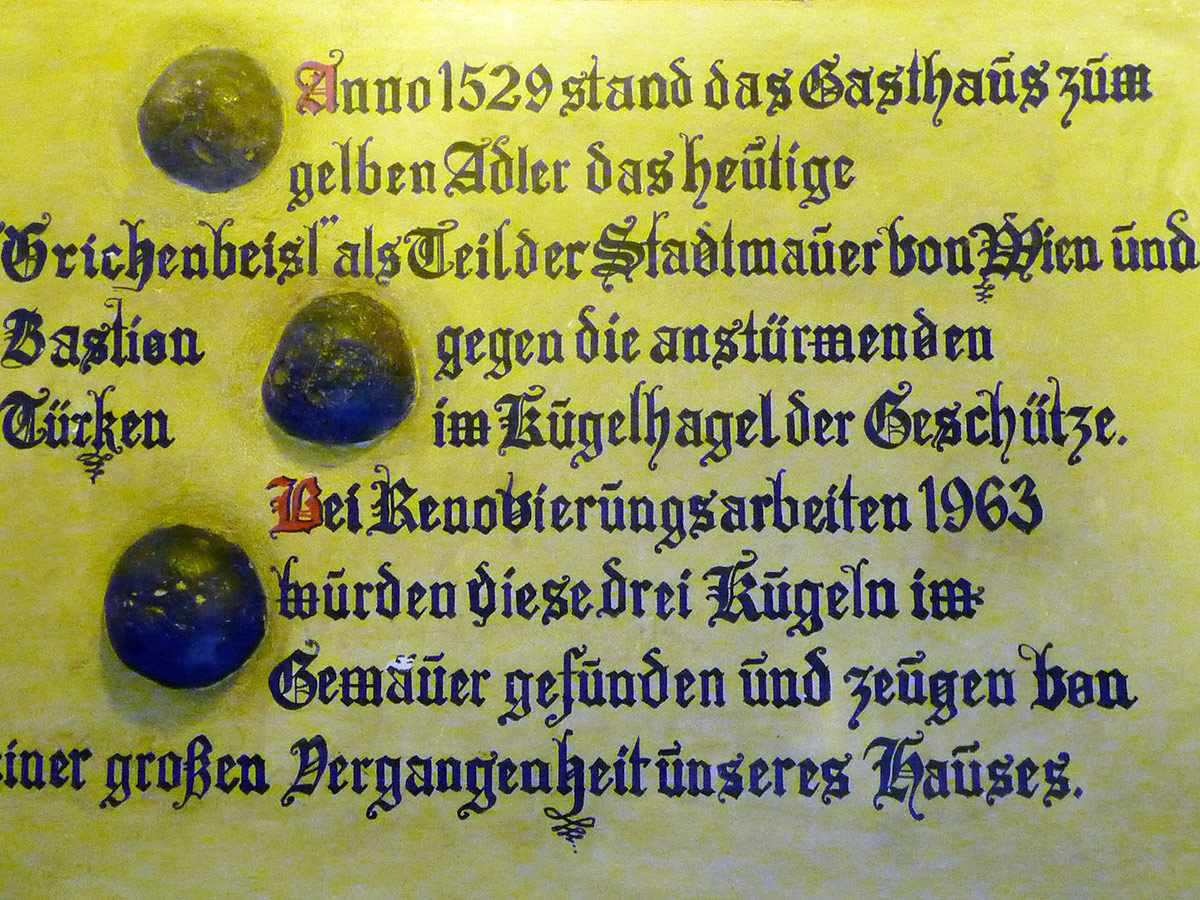 Three cannon balls at the restaurant zum Griechenbeisel”, the former inn “the Yellow Eagle”. Part of the city wall of Vienna 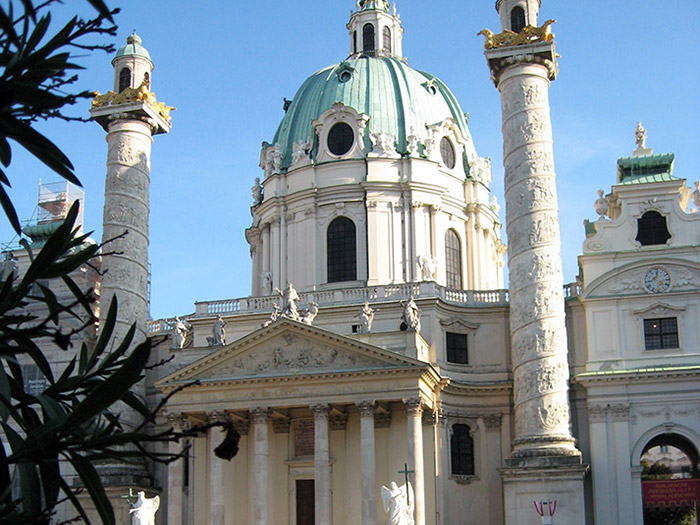 Trims and tendrils of the Turkish round tents. The Michael Tract at the Hofburg 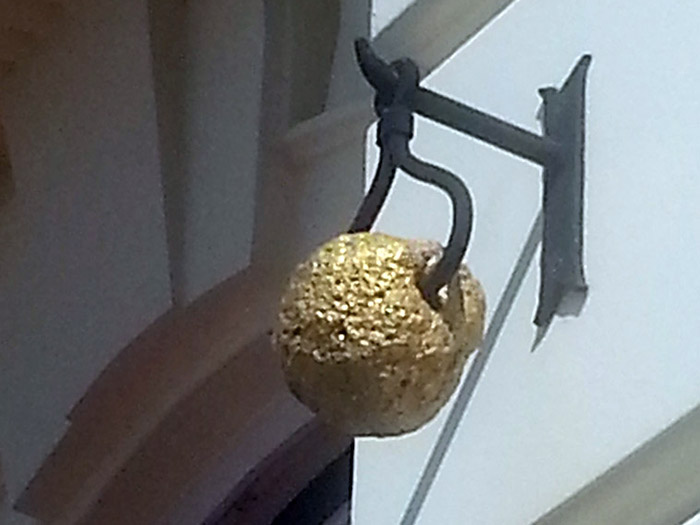 The golden, Turkish cannon ball at Hof Nr. 11. The former inn there was named after this 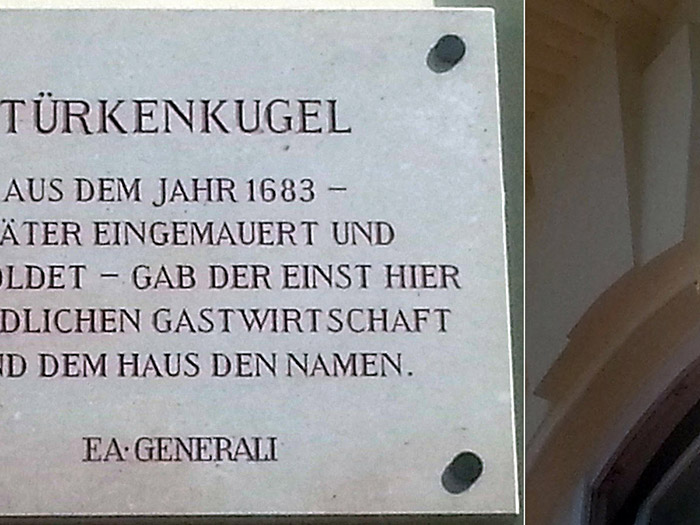 Board at the golden ball Turks, am Hofe 11 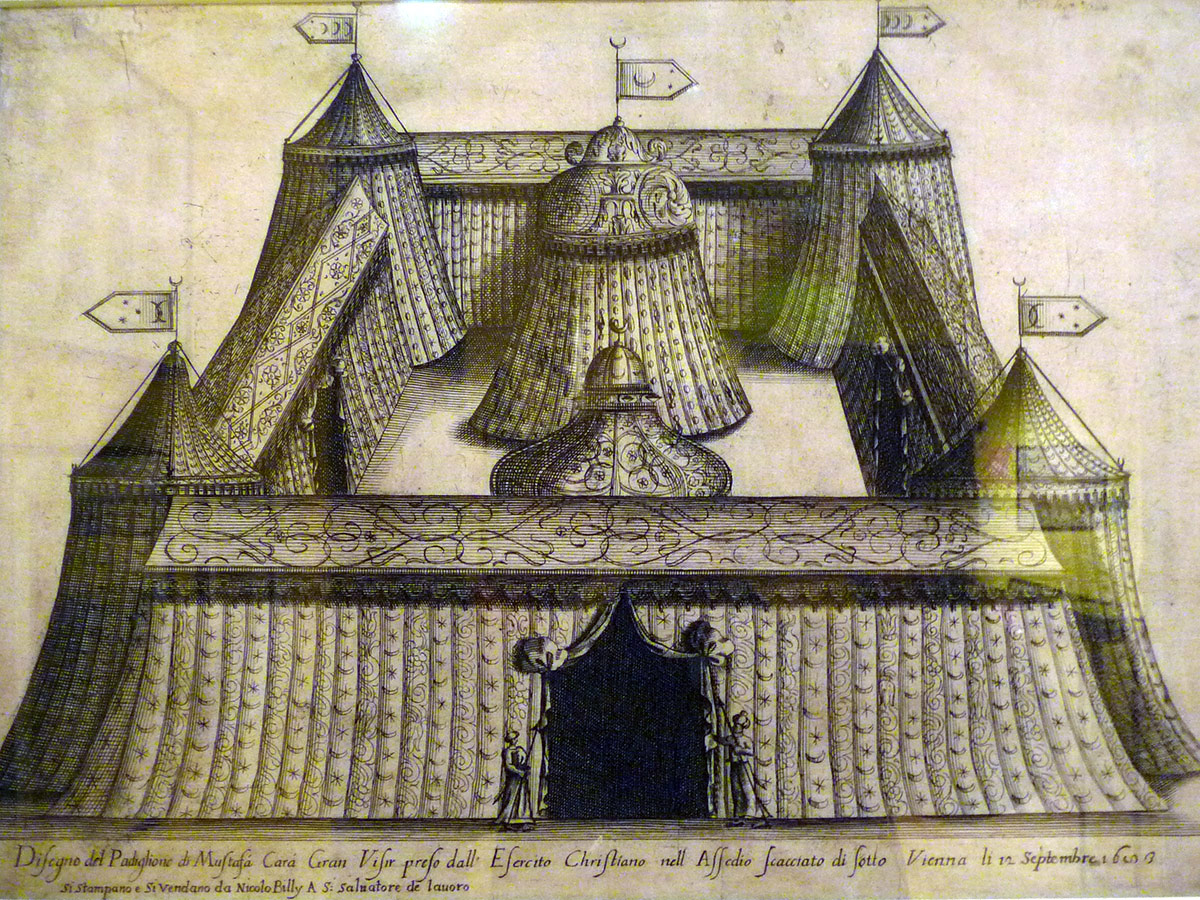 Splendid Tent of the Sultan at the Viennese museum 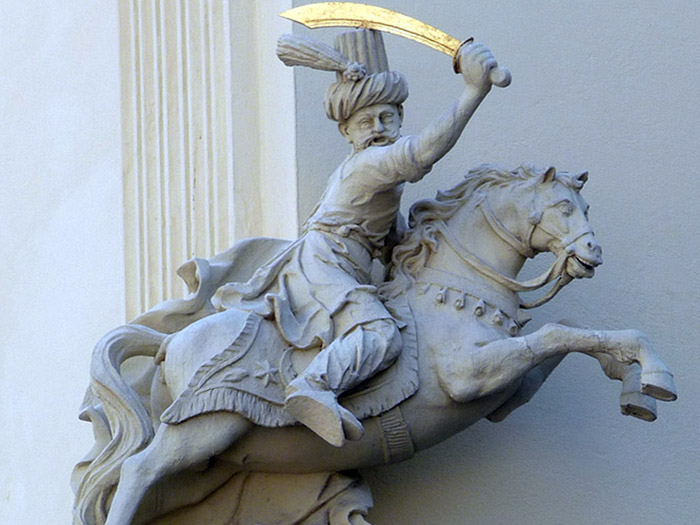 The turkish rider. The Turk on horseback on the house at the Freyung